Are you looking for study, visas, immigration or hiring solutions? Click here to get started.

15 best cities and Provinces in Canada for new immigrants

15 best cities and Provinces in Canada for new immigrants

Canada is a popular destination for immigrants because of its […] 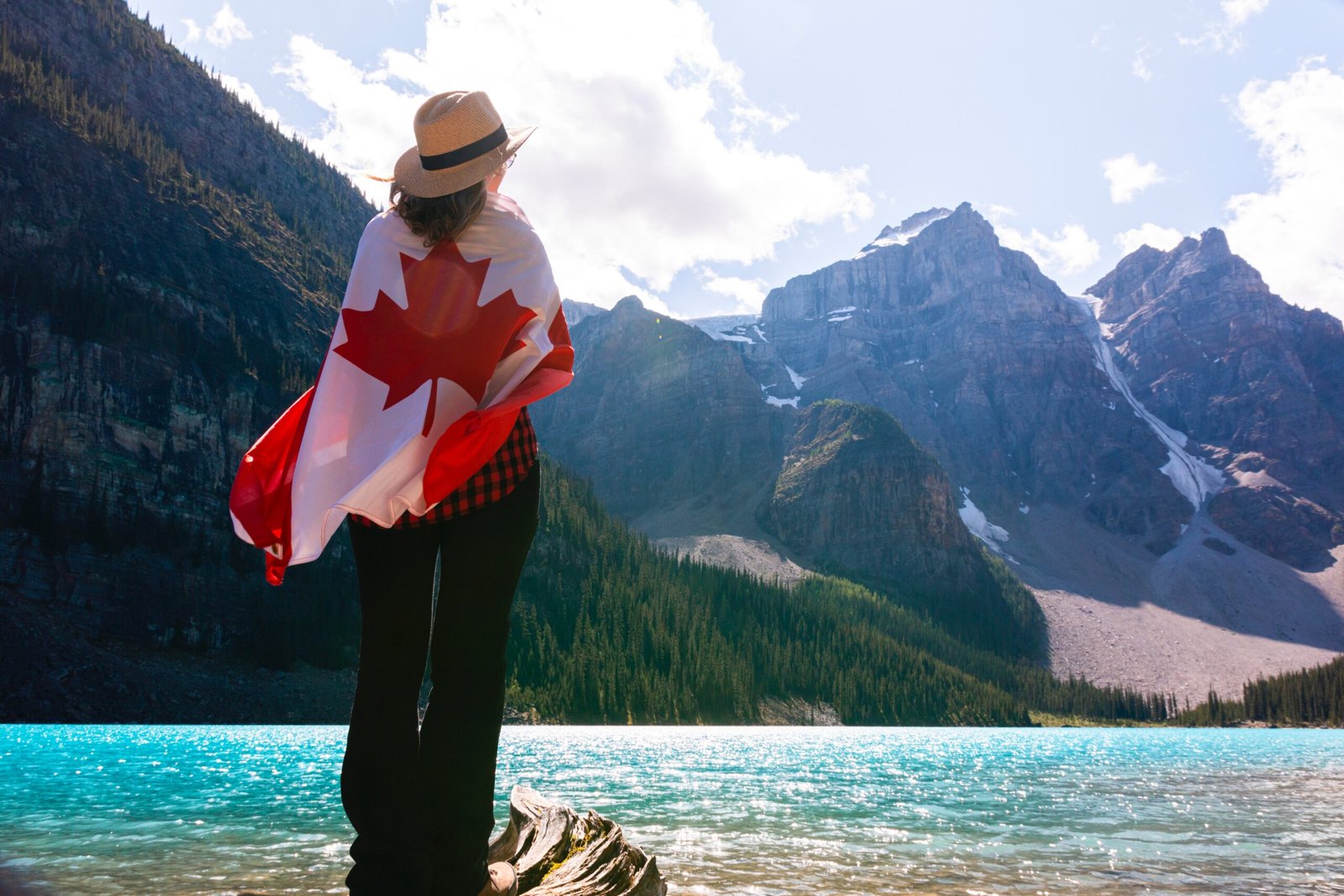 Canada is a popular destination for immigrants because of its welcoming immigration policies, high standard of living, and, of course, its stunning natural landscapes.

It is also an easy choice for newcomers because of the country’s stability among immigrants, as well as because it is affordable, safe, and offers outstanding healthcare alternatives and a wealth of employment chances. More than 1 in 5 Canadians were born abroad! For all of these reasons, as well as many others, Canada is one of the most sought-after destinations for immigrants and is frequently named the best country in the world for immigration.

Canada is a sizable nation, with numerous cities dispersed throughout pristine natural areas. If you’re having difficulties picking which place to call home after you get there, so beglobal one of the best immigration company in Canada will let you know more about best cities in canada for newcomers.

With a population of slightly under 3 million, Toronto is the largest city in Canada and the provincial capital of Ontario.Given that half of Toronto’s population was born outside of Canada, its multiculturalism is one of the best things about living there. Meeting people from other backgrounds and cultures is really simple. Since Toronto is the hub of many Canadian businesses, it presents fantastic chances for immigrants in terms of employment. The city also boasts thriving tech, financial, and media sectors in addition to a renowned film and media presence. Many Canadian tech start-up companies are based in the Greater Toronto Area.

Vancouver, which is part of British Columbia’s Lower Mainland, consistently makes lists of the world’s most livable cities. Excellent healthcare is available in Vancouver. A competently organised institution, BC Medical Services Plan (MSP) efficiently provides healthcare services to British Columbians. Since Vancouver’s public transportation is so good, most people don’t need cars because it gets them where they need to go. Vancouver experiences substantially milder temperatures than the rest of Canada, with summer highs of 20 to 30 degrees Celsius and winter lows of 0 degrees (ranging from 0 to 10 degrees).

The third-biggest urban region in Canada and the largest city in Alberta are both called Calgary. The city has a plan to grow its more established energy, agricultural, and transportation enterprises and create a wide range of newer industries and sectors, including as tourism, creative industries, life sciences & health, and financial services. Its local economy is diverse and successful.

Buses and light rail transit service Calgary (the C-Train). Depending on your travel requirements, living in Calgary without a car may be more challenging because the public transportation is less extensive than in other cities. Calgary’s climate is divided into four distinct seasons. Calgary’s summers can be hot and dry, with highs around 30 °C, while the city’s winters are by Canadian standards, with temperatures below -10°C and lots of snow!

Halifax is the provincial capital of Nova Scotia. It has one of the best harbours in the world and is a significant port city on the Atlantic Ocean. Halifax offers a variety of cultural events, including festivals, theatres, museums, and art galleries. The city is the second-warmest in Canada and ranked #4 globally for Destinations on the Rise by TripAdvisor Travellers Choice Award. Halifax provides a variety of immigration possibilities, including those under the Provincial Program and the Atlantic Immigration Pilot Program. If you don’t like big cities, Halifax is something to consider.

Ottawa is the capital of Canada and is found in the Eastern part of Southern Ontario. Ottawa is regarded as one of the safest cities in Canada and has a cheaper cost of living than other Canadian cities. Officially a bilingual city, Ottawa provides a wide range of services in both English and French. The local economy is significantly boosted by the tech and healthcare sectors, although public personnel and a burgeoning tourism business are by far the greatest employers.

The city of Gatineau is located across the river from Ottawa. Gatineau is another sought-after area for immigrants to live in Canada because of its proximity to the nation’s capital and its vibrant job market. Gatineau is not far from Ottawa, although it is in a completely distinct area. The fact that French is the only official language in one province in Canada—Quebec—can help or hinder you, depending on where you’re from.

Living in Gatineau, which is across the river, has the advantage of reduced home costs and income taxes. Gatineau typically receives more favour from families than Ottawa because childcare is less expensive and supported.

One more of the greatest cities in Canada for immigrants is Brossard, which is a suburb of Montreal in the province of Quebec. Despite being primarily a residential suburb, Brossard is close to many high-paying jobs because it is a part of the wider Montreal area. With a roughly 40% foreign-born population, Brossard is a favourite destination for immigrants from all over the world thanks to its low unemployment rate and reasonable housing. Although French is the official language, you may also hear English, Chinese, Spanish, Cantonese, Persian, and Arabic being spoken around the city due to the lively cultural diversity that emerges from this.

Waterloo is the town for you if you prefer a quiet community to a bustling city. However, the town’s small-town charm isn’t the only factor that makes it one of the greatest cities in Canada for immigrants; the town’s diversified population and high level of living are also major draws for foreigners. In addition to having a good time and being welcoming, Waterloo also has low unemployment rates, with manufacturing and technology being the two main job areas. In addition, the city is home to one of Canada’s most cutting-edge institutions and offers young children a top-notch education.

If you like the Vancouver area but don’t want to live in the city, consider moving to the nearby town of Delta. This suburb is a peaceful spot for families and nature enthusiasts to settle down and is only 25 km (about 16 miles) from the city centre. While Delta shares many of Vancouver’s advantages, such as moderate weather, a strong economy, job possibilities, and stunning coastline scenery, this small town also has some extra advantages that you won’t find in the neighbouring city.

For starters, despite much lower housing costs, the average household income in this region continues to be far higher than the national average. The population of Delta is dispersed across three main residential districts, and the town is renowned for being a fantastic place to raise a family (North Delta, Tsawwassen, and Ladner).

Saanich, on Vancouver Island’s Greater Victoria region, is one of the best cities for immigrants if you’re looking for the best of both worlds. With just over 100,000 residents, it is undoubtedly a more tranquil choice than Toronto or Ottawa. It’s a diverse and welcoming community, full of people from many backgrounds, as newcomers will discover. Saanich is the ideal blend of rural and urban, and the city is filled with both modern comforts and green space. With its rugged coasts, lush forests, and breathtaking vistas from the boats that transport tourists back and forth from the city, many residents fervently assert that it is one of the most beautiful regions in the entire country.

Burlington, which is one of the greatest cities in Canada for immigrants, is situated on the gorgeous shores of Lake Ontario in the Halton Region. Along with its stunning environment and sizable immigrant community, the Halton Region is renowned for continuously ranking as the safest region in the nation (about 30%). This small town is an excellent choice for families that want to be close to the large metropolis without really relocating there because it is less than an hour from Toronto. A high quality of life is possible for residents because to the abundance of communities that are great for families and the hundreds of acres of parks and greenery that are there.

Although Regina, the region’s capital, is one of the greatest cities in Canada for immigrants, Saskatchewan isn’t the most well-liked province for newcomers. Although English is the primary language in the city, you can also hear speakers of French, Filipino, German, Vietnamese, Chinese, Spanish, Ukrainian, and Punjabi. Regina is a beautiful city with hundreds of thousands of hand-planted trees and plants all over the place, despite the fact that the culture is diverse and the geography is generally flat with few topographical features. Along with its beauty and diversity, Regina attracts immigrants because of its affordable cost of living. Since housing costs are among the lowest in the nation, most locals can afford to buy a home. Additionally, basic health services are also cheaper here than most other provinces, as is the sales tax.

St. Albert is one of the top places in the nation for immigrants because of its stellar reputation among both Canadians and foreign inhabitants. It has been ranked as one of the healthiest cities in Canada and one of the greatest locations to raise children. Both of these praises can be attributed in part to the accessibility of lovely outdoor spaces and pure air, which makes it simple for locals to maintain a healthy lifestyle and cultivate fresh, organic produce that is offered at farmers’ markets all year long. A low unemployment rate and some of the highest household incomes in the nation are two more reasons to visit St. Albert. Numerous career opportunities are made available by Edmonton’s close proximity, particularly in the commerce, business, and technology sectors. With three distinct school districts, apprenticeship programmes, and a large number of post-secondary institutions, St. Albert also has a top-notch educational system.

You could always opt to make your home base in the nearby Edmonton, as this is another one of the best cities in Canada for immigrants. This is specifically true for skilled immigrants and those looking to receive higher education. The oil and gas sectors are a major source of employment in Edmonton, which has a healthy economy. That said, there are lots of jobs available in the local area of this large metropolis. The province’s largest and oldest university is located in Edmonton, and students can apply for grants and loans from the government to help with educational expenses. Despite being the sixth-largest urban region in the nation, Edmonton has sizable amounts of green space. The largest urban parkland area in North America may be found in the North Saskatchewan River Valley, and Edmonton has more parkland per resident than any other Canadian city.

One of the finest Canadian places for immigrants is Guelph, a tiny city in southwest Ontario, according to those who are most concerned about finding employment after they get there. Guelph’s economy is booming, despite the fact that it is considerably smaller than some of the other large cities on our list. Although there are many jobs in the manufacturing sector, the education sector is the second-largest employer in this area. Guelph attracts immigrants for reasons other than just a thriving economy. The city is renowned for its excellent standard of living overall, low crime rates, and clean air. In fact, it consistently ranks as among the top areas in the nation to live.

Plan a consultation with Be Global best Recruitment Agency in Canada if you want to migrate to Canada but are unsure of where to begin. Our immigration consultants in canada will examine more than 80 programs and choose the best option for you based on your profile. 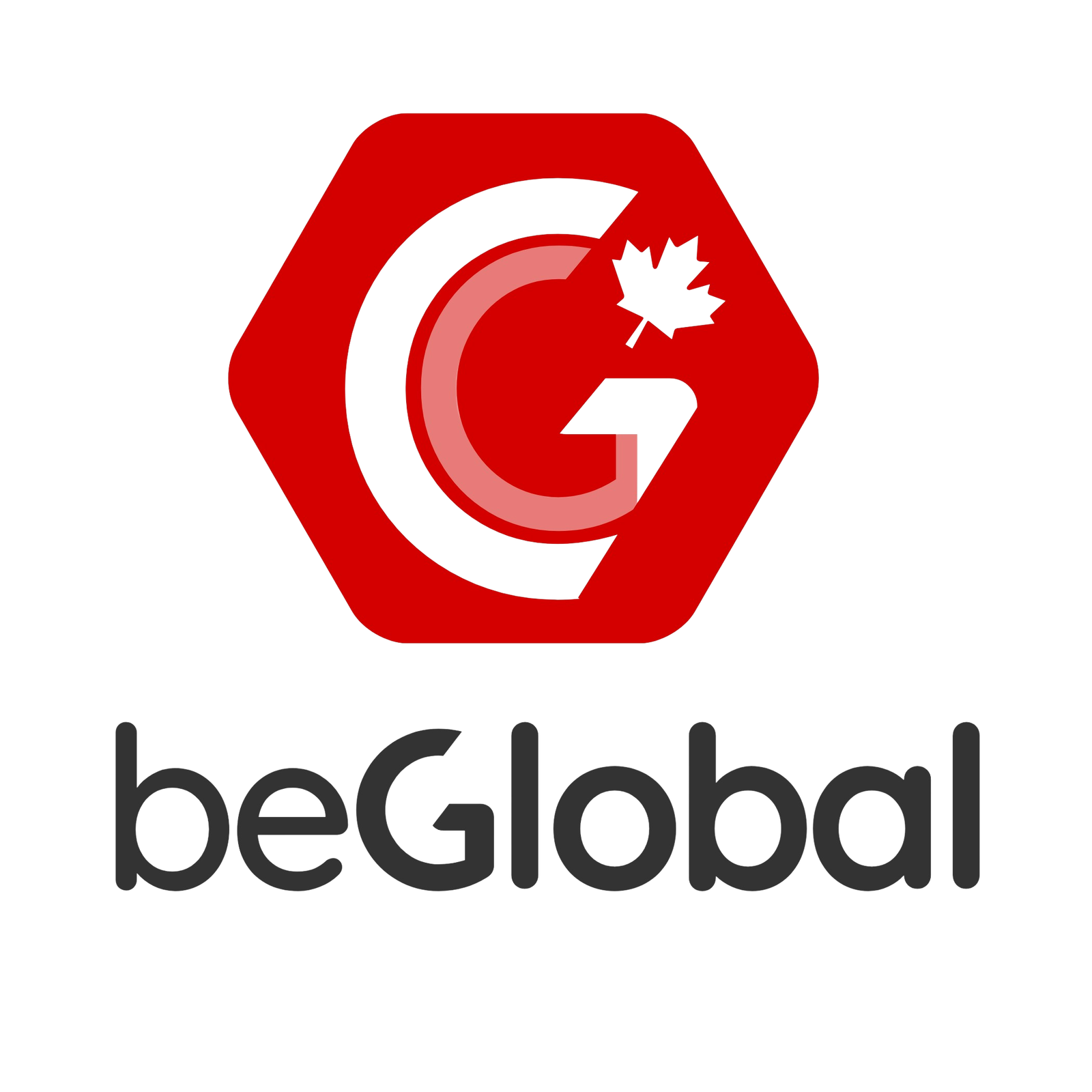 We’re here to help you simplify your Canadian journey. We offer global solutions for hiring, visa and immigration through independent, verified and trusted consultants/resource providers.

2022 - BeGlobal.ca is not a law firm or immigration consultancy. We are not affiliated with or endorsed by IRCC. Immigration, visa, recruitment services are offered by independent, verified and licensed professionals under a separate agreement with service providers.